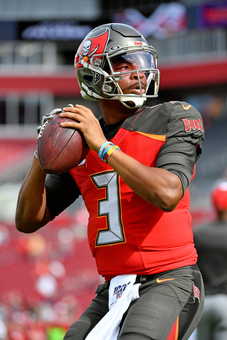 Guesses where the big-name passers will end up

Slow football news day, so I'm going to turn my attention to what everyone can't stop talking about. How this remarkable market of free-agent quarterbacks is going to shake out, from top to bottom.

Of course, my guesses may be tainted by the fact that I'm a logical, rational person, and I expect teams to do things that make sense. There will no doubt be some team that ruins all that by doing an ignorant thing designed with the short-term goal of selling tickets rather than the long-term goal of being a winning team. Nonetheless, I'll press ahead with the predictions.

Tom Brady: Patriots. Some in the know have gone on record as saying they'll be surprised if Brady returns. Simple fact is I can't see Brady signing on the dotted line to play for another team, where his chances of getting to another Super Bowl -- all that matters to him -- will undoubtedly be worse. I think he's thought about it, but is smart enough to realize he's not going to lift the Raiders or Chargers to the playoffs. At least some of this is about ego and pride; he wants the Patriots to show they want him back, either with money or at least the proper respect and devotion. I think he's back in New England.

Philip Rivers: Bucs. Bruce Arians has had it with Jameis Winston. Rivers doesn't have the option of going back to Los Angeles, but he thinks he can still play, and probably Arians does too. His gunslinger mentality meshes well with Arians' offense, and for all his foolhardy risk-taking, he can't possibly be more turnover-prone than Winston.

Jameis Winston: Colts. The Colts are a young team building for the long haul. I considered them going after Rivers, who would benefit from playing behind their excellent line, but I think it's more likely they sign a quarterback who they believe they can mold into a winner in the right system and with the right protection and ground game to take the pressure off him to make every play.

Ryan Tannehill: Titans. The Titans went to the AFC Championship game last year. Yes, it was on the back of Derrick Henry, and yes they protected Tannehill from doing much in the playoff wins. But the switch to him at quarterback was what got the team going, and he had some strong performances along the way -- even if he's best remembered for handing the ball off to Henry. Could the Titans really shake that all up by letting him leave? I don't see it. I think they're bringing him back.

Andy Dalton: Bears. This is the easy one. Their tepid endorsement/commitment to Mitchell Trubisky is easy to see through. There is no way they're going into the season without a solid Plan B, and Dalton's the only one available -- anyone else they could bring in would obviously be the starter, or obviously be the backup (Chicago has no draft picks to select a top option). Bring in Dalton, and they can pretend to support Trubisky right up until they bench him in Week 3.

Cam Newton: Panthers. This is a tough one; I'm not certain he's coming back. Kind of looks like the Panthers are rebuilding, and they don't need a veteran quarterback around who can win some games for that. But I also don't see another team eager to trade for him, given his recent injury-prone nature and contract. The Bears or possibly the Jaguars leap to mind as teams that might think they can upgrade and contend with him. But the Bears would need to fully give up on Trubisky, which I don't think they're ready to do, and the Jaguars probably couldn't make things work financially (unless a Nick Foles for Newton swap was somehow doable).

Jacoby Brissett: Chargers. If the Colts sign Winston, Brissett is on the way out. I'm having a hard time seeing where, as he's not an obvious upgrade anywhere. More likely he winds up with the Chargers, Raiders or Bears as a No. 2 or 1A, potentially competing with the starter or acting as a bridge quarterback for a team that select a quarterback early (which means he loses the starting job in the preseason or at best a few weeks into the season).

There's the predictions. Let me know if I've missed anyone significant, or where you think I've gone wrong.